Councillor for Crouch Ward
'Joint Father of the Council'

Stuart has been a councillor for Crouch since 2002 and is currently Vice-Chairman of the Audit and Risk Committee. He also sits on the Licensing Committee.

Stuart is also a Basildon Council representative on the Basildon Bus Forum (which he chairs) and the Basildon Taxi and Private Hire Consultative Forum. He also serves as Secretary of the Conservative Group.

Stuart lives in Basildon with his wife and is retired. Previously, Stuart represented Fryerns Central from 1992 to 1996 and Laindon from 2000 to 2002, making him one of the longest-serving councillors in Basildon. At 22 years and counting, Stuart's is jointly the longest continuous term of office of any current councillor on Basildon Council (along with that of Cllrs. Kevin Blake, Tony Hedley and Carole Morris, who have all served continuously since the year 2000). 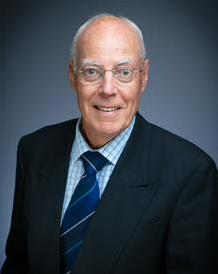