Andrew has been a councillor for Burstead since 2014. He has been Leader of the Basildon Conservative Group since 2018 and is currently Leader of the Council and Cabinet Member for Enforcement & Public Order. He is also Vice-Chairman of the Staffing and General Purposes Committee.

Andrew is also a Basildon Council representative on the Basildon Bus Forum, the Basildon Taxi and Private Hire Consultative Forum, the District Councils Network, the East of England Assembly of Council Leaders and the Association of South Essex Local Authorities (ASELA) Joint Committee.

Andrew lives in Billericay with his daughter. Previously, Andrew represented Pitsea North-West from 2004 to 2012.

If you are a Burstead resident and would like to contact Andrew, please email andrew.baggott@members.basildon.gov.uk. He can also be contacted in his capacity as Leader of the Council at leader@basildon.gov.uk.

He also holds a street surgery in Burstead on the last Saturday of every month (excluding December) from 10:30am to 12 noon. Locations vary.

At tonight's meeting of Full Council (13th February 2020), the Basildon Borough Conservatives will be presenting their Alternative Budget. 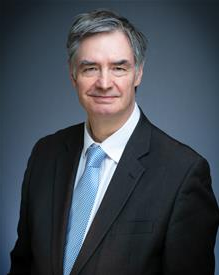