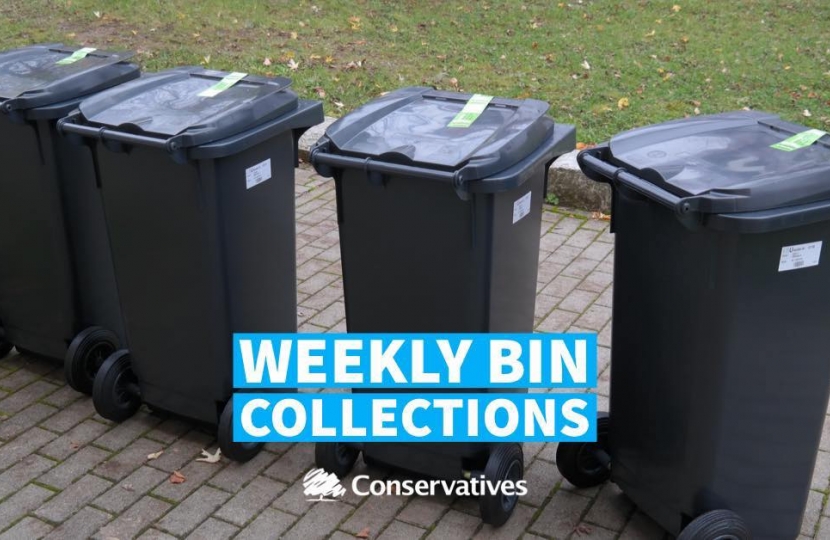 Changes set to be steamrollered through Neighbourhoods and Public Spaces Committee

Controversial, secret waste plans have been uncovered by the Conservative Group at Basildon Council. These proposals are set to be steamrollered through at next Wednesday's meeting of the Neighbourhoods and Public Spaces Committee.

The proposals come from an all-party working group set up under a 'gag order'.

The Conservative Group have stated that it is unconstitutional and not in the public interest to hold secret meetings and requiring Conservative councillors not to tell residents what is being planned. But we know that fortnightly collections were high on Labour's agenda when they entered into coalition with UKIP three years ago and plans were only pulled due to opposition from their coalition partners at the time. Now, with a more acquiescent bunch of 'independents', it is back on the table.

"We are overwhelmingly against fortnightly collection of black sacks and charging residents, many of whom are on low incomes. We are putting pressure on this Administration to drop or amend these proposals and will oppose the plans at committee." ~ Cllr Andrew Baggott, Leader of Basildon Conservatives

We recognise that there is to be a change in the law, requiring the separate collection of food and garden waste, but the other changes being proposed by this Administration are unnecessary and regressive and would place an undue financial burden on residents and will likely lead to an increase in fly-tipping.

Cllr Andrew Baggott, Leader of Basildon Conservatives, said: "We are overwhelmingly against fortnightly collection of black sacks and charging residents, many of whom are on low incomes. We are putting pressure on this Administration to drop or amend these proposals and will oppose the plans at committee. Furthermore, if these unpopular proposals are passed, should we be successful in next year's local elections, we will return to weekly collections and rescind the charging at the earliest opportunity.

"This is not the first time that this Administration has proposed policies that hit our low income and vulnerable residents in this borough and we cannot condone this attack on what the Labour-led coalition see as 'easy pickings' to fund their vanity projects. Make no mistake, where legislation permits, we will reverse these decisions if they are taken forward."