Save Gilbert and his Green! 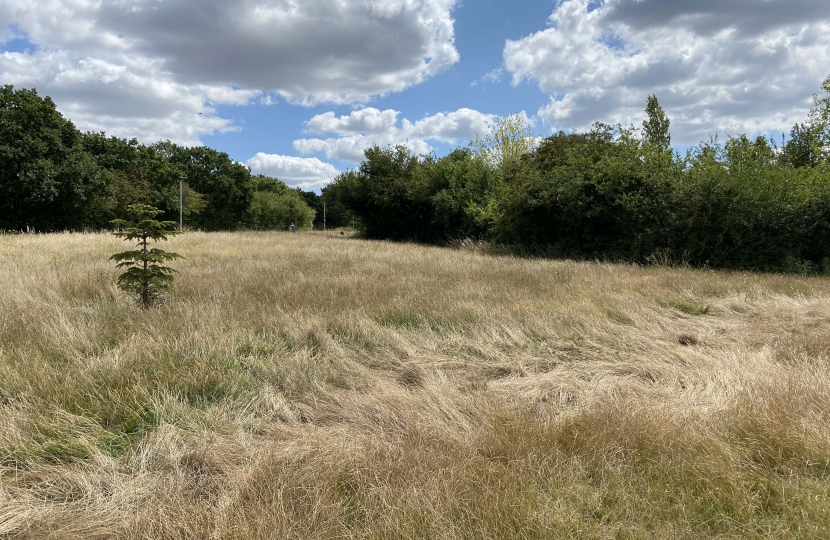 Conservative councillors are calling for the protection of Wick Green

Cllr Buckley said, "Basildon Council has not met since before lockdown commenced, and therefore the Full Council has not had the opportunity to discuss the future of this site. The land is owned by the Council and it has been promoted for sale for a long time by officers seeking to realise money for capital projects. I vetoed the sale when Leader of the Council and that was over 12 years ago! Now we have an Administration determined to dispose of an important green lung in the centre of Wickford for the sake of a few quid, which will be lost in the Council budget."

"Now we have an Administration determined to dispose of an important green lung in the centre of Wickford for the sake of a few quid, which will be lost in the Council budget." ~ Cllr Malcolm Buckley

Cllr Jeffery added, "This is a key green gateway to Wick Meadows. This green space is an important environmental asset and is one of the main pedestrian routes. My constituents do not want to be faced with a brick wall of new buildings concreting over this valuable green space. We are seeking to instruct officers to find a way to protect this site in perpetuity either by village green or fields in trust status."

"Residents have a fond affection for ‘Gilbert’, a tree planted on the green and symbolic of the struggle to keep this green space. If developed, this could be the end for Gilbert".

"My constituents do not want to be faced with a brick wall of new buildings concreting over this valuable green space." ~ Cllr George Jeffery

Cllr Buckley concluded, "When the Council first decided to sell this site, they were considering housing, a hotel, or a supermarket, all of which would have generated seven figure sums. Now they have realised those proposals were not just damaging the environment and unwanted but also undeliverable for various reasons, so they are looking to sell at any price they can. The proposals for a care home or nursing home will generate only a fraction of the value of more commercial schemes. This really shows what a disregard the current Administration have for Wickford and its residents and their views. This site will be destroyed just because the Council can, unless members support this motion."

The text of the motion reads:

1.     That the Council notes the findings in the feasibility study presented to the Policy and
Resources Committee on 22nd July 2020 and takes account of the low capital value
achievable if sold as a retirement/care home or similar use.

2.    That the Council recognises the strong desire of local residents to retain this site as
public open space (HC5) as defined in the Draft Local Plan.

3.    Council agrees that maintaining a green lung in the centre of Wickford is important to
the wellbeing of residents and therefore Council instructs Montagu Evans LLP to
withdraw the site from sale with immediate effect.

4. That the Chief Executive be instructed to appoint an officer to prepare options to protect
the site from development in perpetuity.