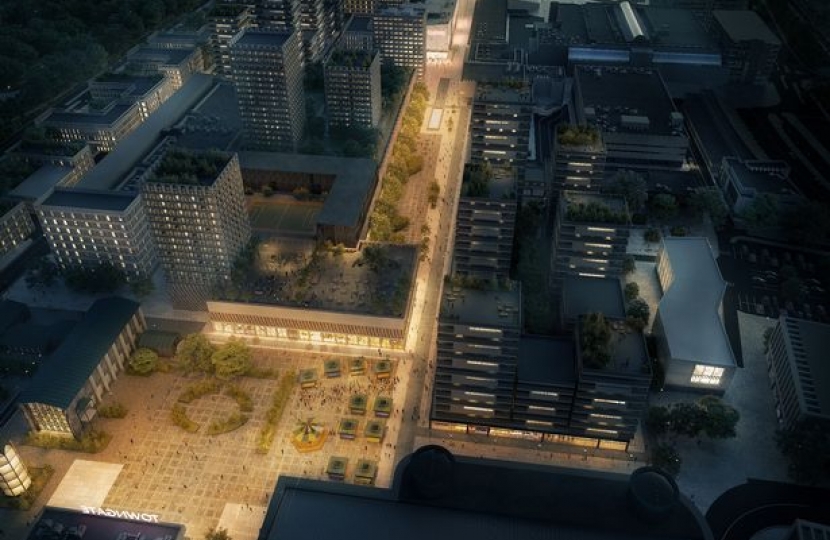 "This Council believes that it should operate with the highest level of probity and transparency. Accordingly, this Council recognises that public perception in that regard is paramount. This Council believes that there are unanswered issues regarding probity in the Town Centre Masterplan as well as transparency with regards to the process of land settlement and the relationships between developers and lobbying organisations. In order to give the public confidence in the process, land arrangements and proposed development, the Council instructs the Chief Executive to contact the District Auditor for an investigation so as to provide this to the public at large."

Conservative councillors are concerned that the Covid-19 pandemic, and all the restrictions that have been in place, have hampered the normal process of scrutiny and review of the Labour-led Administration's decisions, particularly in relation to the Basildon Town Centre Masterplan. This has raised considerable concerns among members of the public and Conservatives are asking the independent District Auditor to review the Council's decision-making in respect of a) the openness and transparency around the process of land settlement, b) the relationship between developers and third-party organisations (lobbyists and/or other public relations companies) and councillors, c) the conduct of public consultations, and d) pre-planning consultation with third-party organisations.

Holders of public office should act, and take deicsions, in an open and transparent manner and information should only be withheld from the public when there is a clearly and lawful reason for doing so. There are unanswered questions in respect of many aspects of the Town Centre Masterplan and the Administration must be held accountable to the taxpaying public for their decisions. 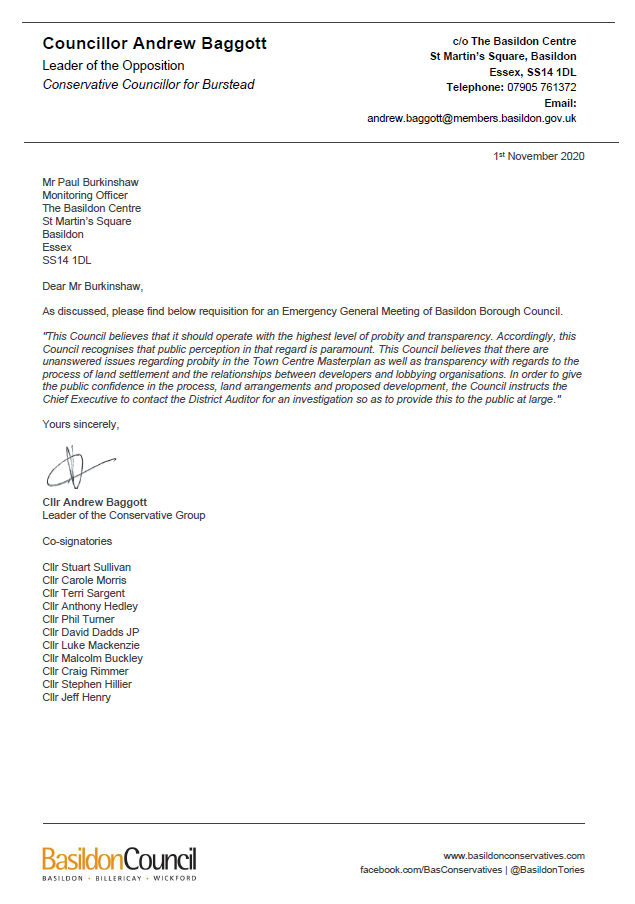 ***UPDATE: The EGM request was rejected by the Labour Mayor***