Luke is also a Basildon Council representative on the Basildon Rail Forum and the Local Councils' Liaison Group.

At Essex County Council, Luke sits on the Audit, Governance and Standards Committee and the Health Overview Policy and Scrutiny Committee.

Previously, Luke represented Vange from 2008 to 2012 and he currently works as a police and crime researcher for the Conservative Group on the London Assembly.

If you are a resident of Pitsea South-East or the Pitsea Division and would like to contact Luke, please email luke.mackenzie@members.basildon.gov.uk on borough matters or cllr.luke.mackenzie@essex.gov.uk for county matters. He can also be contacted at mayorsoffice@basildon.gov.uk regarding civic matters in his role as Mayor. 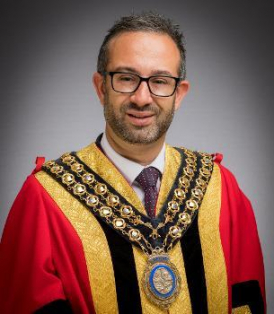