Kevin has been a councillor for Laindon Park since 2021 and is currently Chairman of the Overview and Scrutiny Commission. He also sits on the Licensing Committee.

Kevin is also a Basildon Council representative to the Basildon Taxi and Private Hire Consultative Forum.

He lives in Laindon and works as a data analyst.

If you are a resident of Laindon Park and would like to contact Kevin, please email kevin.wingfield@members.basildon.gov.uk.

Kevin both lives and works in Laindon, and believes that by being a resident of the ward he seeks to represent, he will both see and experience the results of his work within the ward on a daily basis, giving him a strong incentive to make sure the decisions that are made for Laindon at the Council are the right ones.

As a life long user of the Laindon Community Centre, Kevin has been campaigning to re-open the Centre at the earliest safe opportunity after the regulations on COVID-19 are relaxed, to ensure that local residents, particularly the elderly and vulnerable residents who rely on the Laindon Community Centre as an essential hub for their social contact, are able to return to a much needed sense of normality after a long and distressing period. A strong supporter of refurbishment over demolishing and rebuilding, Kevin seeks for the Council to conduct an extensive public consultation to ensure the Community Centre will continue to provide the services that the people of Laindon want long into the future, and not what highly paid consultants tell us it should provide. He believes that users of the Centre should be involved in the framing of that consultation, so that the questions asked are both relevant and not skewed to one outcome or another.

Throughout the COVID-19 pandemic, Kevin has been serving as a community volunteer with local and national organisations, assisting vulnerable and elderly residents with their daily needs.

Kevin is also a keen supporter of maintaining Laindon's parks and green spaces and will seek to see these not only protected but improved, particularly the extremely popular Victoria Park. Kevin has been in contact with Essex Police to request increased foot patrols of the park after dark, so that residents can feel safe and confident using our parks at any time, day or night. He is also strongly opposed the proposed removal of children's play areas, including swings, slides etc at sites across Laindon as has been recently recommended in a Council report.

He has also been campaigning for tighter controls on the sale of nitrous oxide canisters, the small silver bullet type containers that are found discarded all over our town and parkland, that are used as a cheap, legal 'high' by many young people. Not only a litter problem, but a serious public health issue presenting serious risks to those who abuse this substance, Kevin has been in discussions with Basildon & Billericay's John Baron MP to call on the Government to strengthen the law, which currently allows loopholes that allow nitrous oxide to be readily available, and abused by young people who are often unaware of the risks. Kevin has received communication from the Minister for State for Crime and Policing, Kit Malthouse MP on this matter and discussions are continuing to better safeguard the public.

Kevin seeks for a re-examination of the current plans by the Council's Labour-led administration, supported by independent Councillors, to build residential tower blocks all over Basildon Town Centre. The Town Centre Masterplan was passed following an extremely limited public consultation, held at the height of the Coronavirus lockdown while the attentions of the public laid elsewhere. Kevin supports going back to the public and taking their views on the future of the Town Centre at a time when the population are able to be fully engaged and all voices are heard.

For more information about Kevin's campaigns, he can be contacted by email at kwingfield@basildonconservatives.com 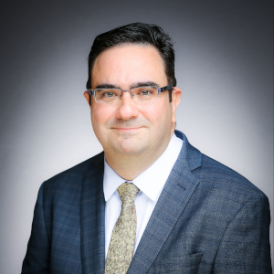