Don has been a councillor for Wickford Castledon since 2015 and is currently Chairman of the Place Scrutiny Committee. He also sits on the Licensing Committee.

Previously, Don represented Wickford South from 1990 to 1994 and again from 1999 to 2002 and then Wickford Park from 2002 to 2014, making Don one of the longest-serving councillors in Basildon. He is also a former county councillor for the Wickford Crouch Division from 2005 to 2013 (having represented the old Crouch Division prior to that). Don was previously Vice-Chairman of Basildon District Council (1992-4) and later went on to serve as the 2nd Mayor of Basildon Borough from 2015 to 2016, succeeding Mayor Larkin.

Don lives in Wickford with his wife, fellow Wickford councillor Carole Morris, and is retired.

If you are a Wickford Castledon resident and would like to contact Don, please email at don.morris@members.basildon.gov.uk or call 01268 457488.

Wickford councillors hold a regular surgery on the first Saturday of the month (except January) at the Wickford Community Centre on Nevendon Road from 10am and 12pm. No appointment is necessary. 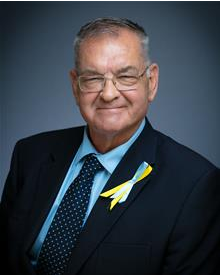