Danny has been a councillor for Billericay West since 2012. He is currently Chairman of the Licensing Committee and sits on the People Scrutiny Committee.

Danny is also a Basildon Council representative on Basildon Heritage and the Basildon Taxi and Private Hire Consultative Forum (which he chairs).

Danny has served as Deputy Mayor of Basildon under three Mayors: from 2013 to 2014 under Mayor Larkin, from 2015 to 2016 under Mayor Morris and from 2018 to 2019 under Mayor Dadds. Danny lives in Billericay and has a long standing commitment to community involvement, including local radio, and was awarded the British Empire Medal for services to community radio. He is also a trustee of St Luke's Hospice and of the Lord Petre Puckle Charity Trust.

If you are a resident of Billericay West and would like to contact Danny, please email daniel.lawrence@members.basildon.gov.uk.

Danny also holds a resident surgery on the last Saturday of the month (except December) between 10:30am and 12 noon in Billericay Library, High Street, Billericay. No appointment is necessary. 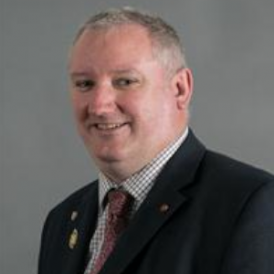