What next for Wickford Town Centre? 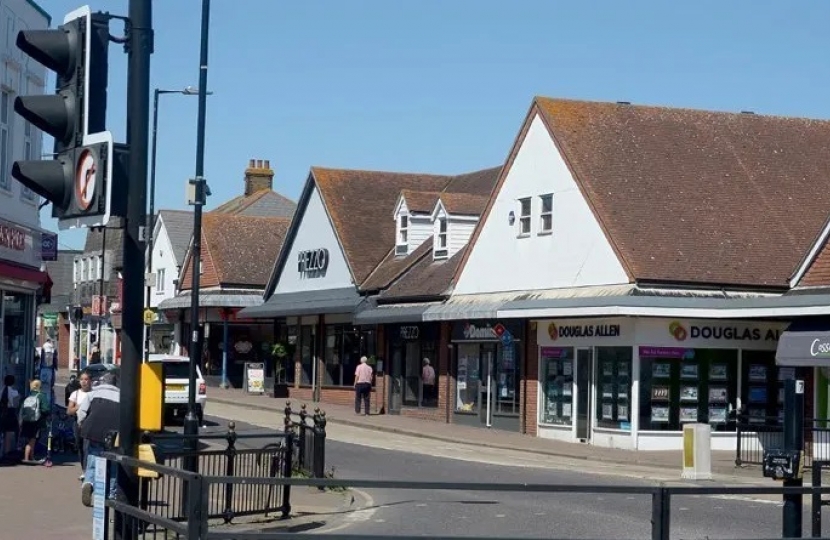 Basildon Conservatives have submitted a requisition for an Emergency General Meeting to undertake the following business:

Motion to be moved by Councillor Buckley:

This Council notes the widely expected decision of J D Wetherspoon to withdraw from the purchase of land at Woodlands Road, Wickford.

The motion is to be proposed by Cllr Malcolm Buckley (Con, Wickford Castledon), Conservative Spokesman on Neighbourhoods & Public Spaces, and is supported by all Conservative members.

Councillor Buckley said: "This motion is needed and relevant, as key elements of the current Administration's plans have fallen by the wayside, including the much lauded plans for a Wetherspoon's pub and a Marston's hotel. Times and the economy are changing and the rate of change has been accelerated by the pandemic. It is quite clear that plans for regeneration need to be updated"

If approved the motion provides the opportunity to reconsider the unpopular plan to build on Wick Green, a valued open space close to the Town Centre, but also calls for a genuine engagement with residents and businesses to reform a vision for the future. To support the proposal will cost the Council nothing. Already the current Leader has committed to a £10m undisclosed investment. We wish to see that money used to help deliver a town centre that residents want rather than the tower blocks the Council is planning in Basildon.

Basildon Council WILL be holding an EGM on Monday 1st February to discuss Wickford Town Centre land sales and regeneration.

Sadly, this follows a meeting of the Town Centre Revival Committee on Thursday 14th January that took place behind closed doors with the press and public excluded.

Councillor Buckley said: “I’m disappointed that the date has been pushed so far back. It does seem that the Mayor has used his office to prevaricate as long as possible and to allow a committee item to be discussed in secret regarding a key site on the previous Thursday on this matter. This smacks of a stitch up by the Labour/Wickford Independent Alliance, and an unwillingness to be subjected to public scrutiny on their actions.

"It appears to me that by allowing the EGM to be delayed, that the current Administration is in effect trying to predetermine the decision of Full Council. This is a matter that should unite all Wickford councillors and enable us to carry the will of Council in favour of the town. Unfortunately it would appear that the so-called Wickford 'Independents' are so entwined with the Labour Administration that they are unlikely to support the views of many of the people that they represent. I do very much hope that they will reflect on this position and support the motion I have put to Council."