Vote Conservative on May 6th 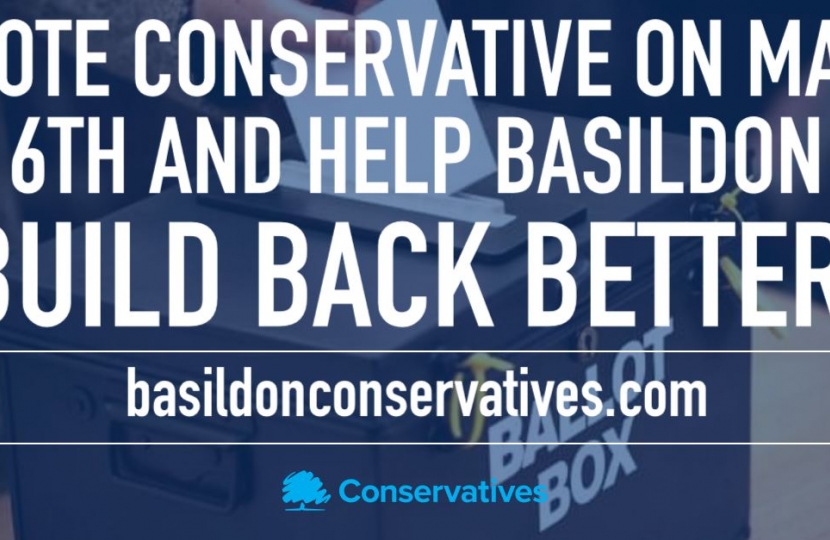 Local Elections are here - Vote Conservative on May 6th to help Basildon Build Back Better!

This Thursday, Basildon residents will elect their representatives to Essex County Council, a third of Basildon Borough Council, and elect their Essex Police, Fire and Crime Commissioner

On Thursday, Basildon Borough will go to the polls for the first time in over a year, owing to the Covid-19 pandemic. You are being asked to elect our nine local councillors to Essex County Council, as well as our Police, Fire and Crime Commissioner (PFCC) for Essex. You are also electing fifteen councillors to Basildon Borough Council and the outcome of that vote will decide who governs Basildon Council.

For the Essex PFCC election, you are allowed to express a first and second preference and we ask that you use your first preference vote to re-elect Roger Hirst, who is investing in more police, targeting crime hotspots, increasing patrols, supporting special constables, and cracking down on violent offenders and drug gangs.

We ask that you support your local Conservative county candidates, listed below, to ensure we are sending a strong Conservative team to represent our Borough at County Hall, keeping taxes low and securing more investment in our schools, GP surgeries, roads and pavements and adult social care.

Closer to home, Basildon Conservatives are hoping to regain control of Basildon Council, which has been governed by an alliance of Labour and their so-called 'Independent' allies since 2019. Their Administration has been shameless in using the cover of the pandemic to push through disastrous plans across the Borough, including monster tower blocks for Basildon Town Centre, closing Laindon Community Centre, stalling on projects in Pitsea like the new swimming pool at Eversley, whilst cancelling entirely the Innovation Warehouse that had been earmarked for Wat Tyler Park, withdrawing funding from Billericay, and breaking promises in Wickford, such as building on Wick Green, all the while dodging scrutiny by both councillors and the voting public.

In February, Basildon Conservatives moved a fully-costed Alternative Budget. Although this was voted down by Labour and their Independent backers, our Alternative Budget was a statement of intent and outlines the key policy aims of an incoming Conservative Administration and can be summarised thus:

You can read full details of the rejected Conservative Alternative Budget here.

For more ward-specific local policies, please contact your local candidate(s) directly or feel free to email info@basildonconservatives.com. We would love to heard from you and hear your priorities for our borough. 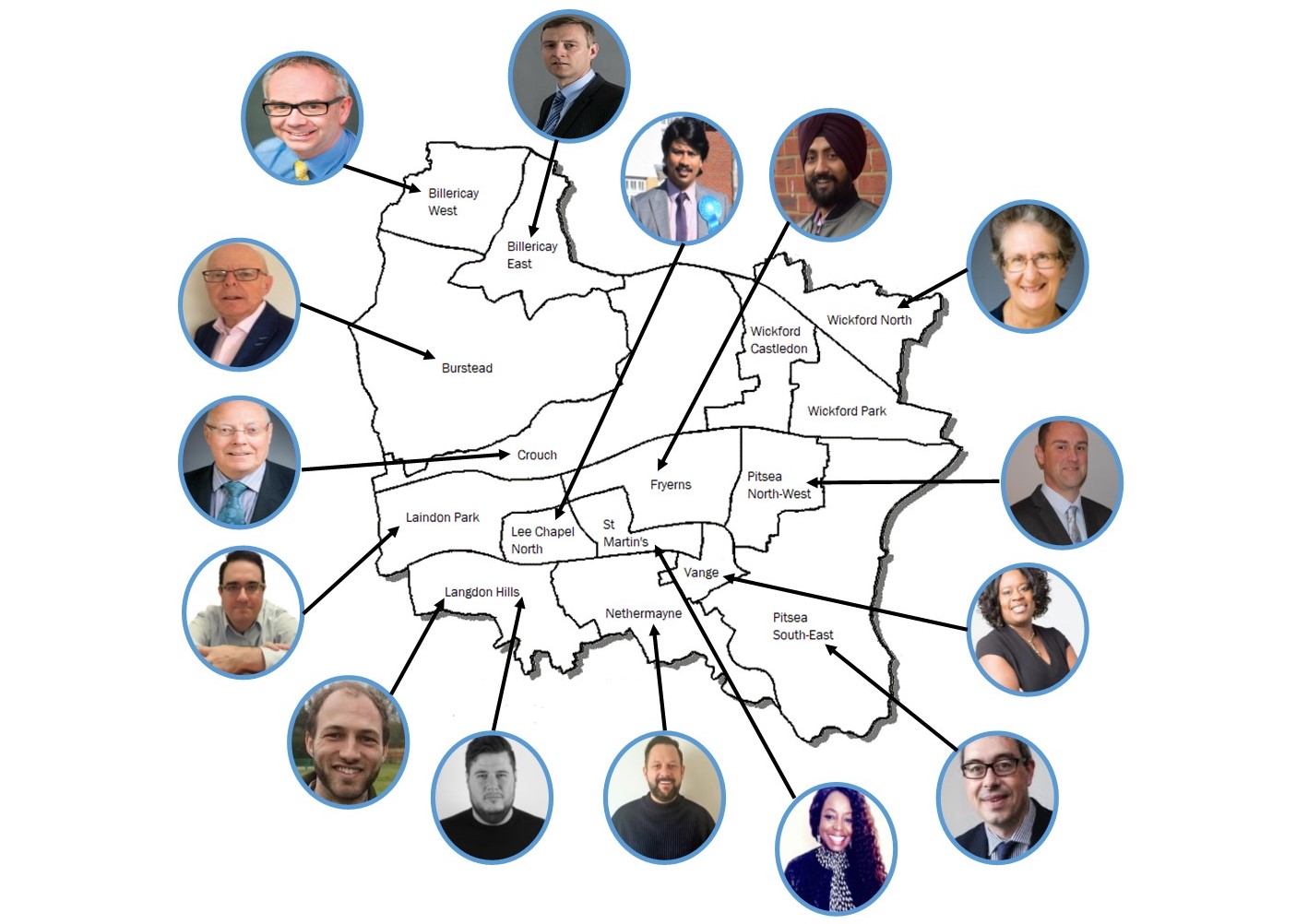 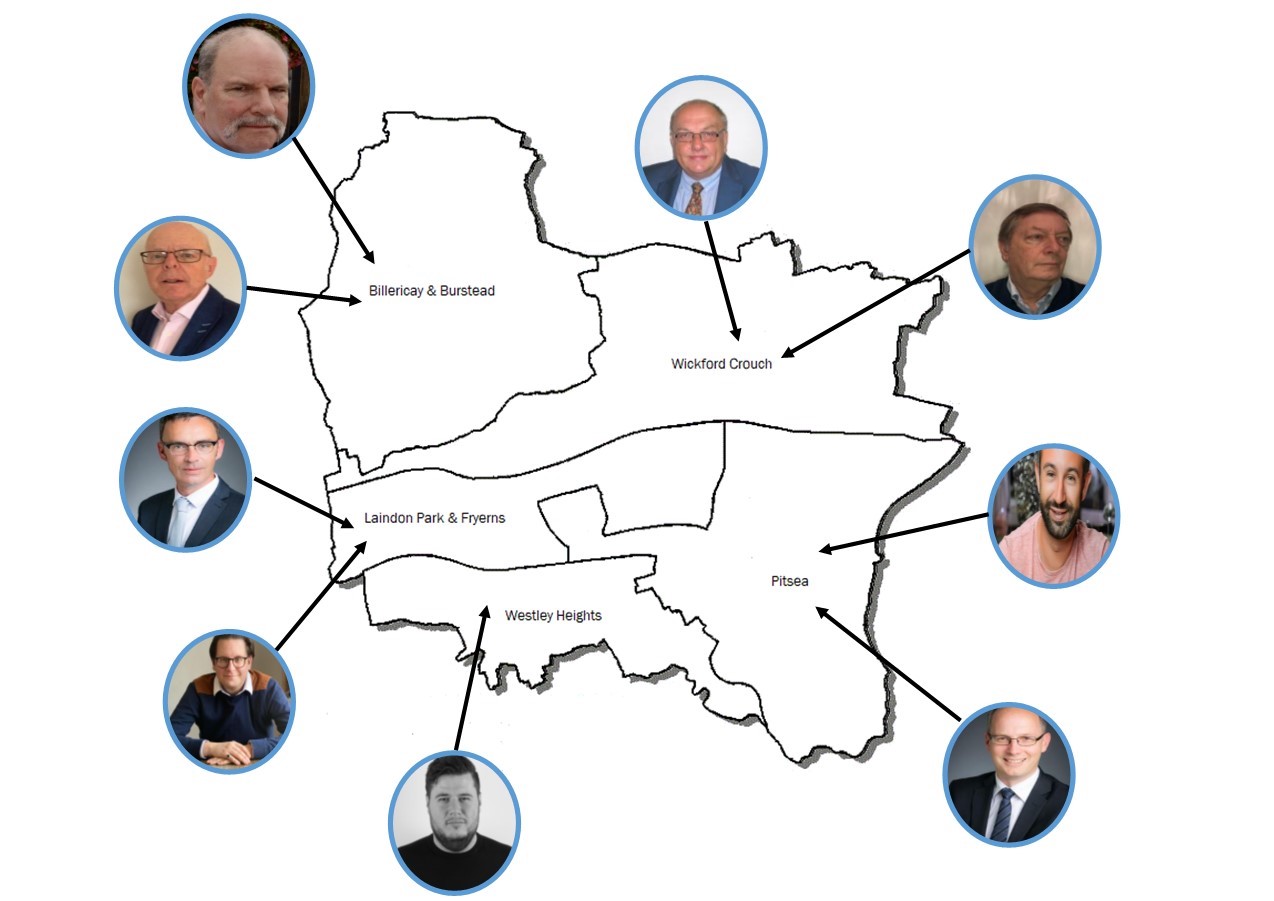