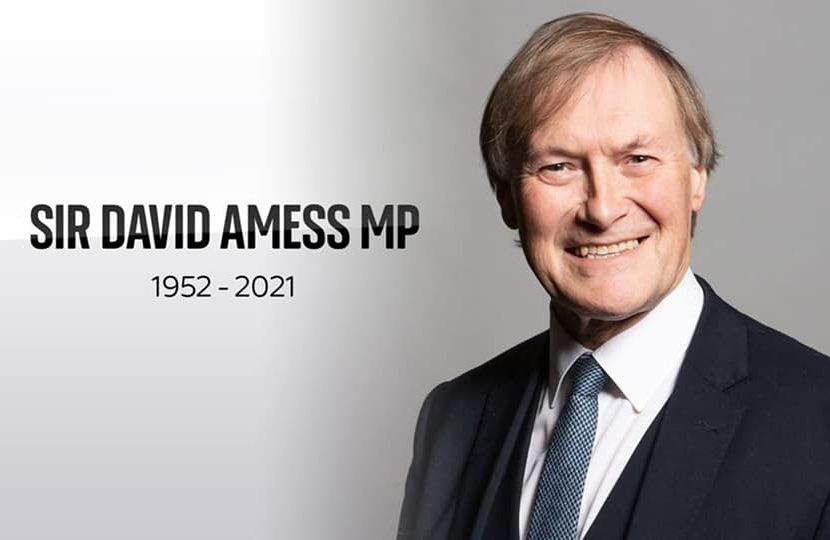 He was killed doing the job he loved; serving his constituents

All of us in the Conservative Party family are devastated at the senseless murder of our friend Sir David Amess, MP for Southend West, who was stabbed to death whilst carrying out a residents' surgery in his constituency yesterday. His death has sent shockwaves through Westminster and across the country.

Sir David had previously served as MP for Basildon from 1983 to 1997 and went on to serve as MP for Southend West for the past 24 years. He remained a staunch friend of Basildon and was a true gentleman and a devoted public servant. That he has been taken from us so violently, whilst undertaking his public duties, is heartbreaking to all of us.

"My family and I are truly shocked at the news of David’s death." ~ John Baron MP, Basildon & Billericay

John Baron, MP for Basildon & Billericay, said: “My family and I are truly shocked at the news of David’s death. He was a good friend and colleague, an assiduous MP and a devoted family man. Many people across our community will remember him with great fondness, and our heartfelt thoughts are with his family, Parliamentary team and friends at this awful time. We shall all miss him greatly.”

Stephen Metcalfe, MP for South Basildon & East Thurrock, said: "I'm devastated and shocked to my core that Sir David Amess has been murdered - a dedicated public servant carrying out his normal duties. I send my deepest sympathies and sincere condolences to his wife, children and all his family and friends. David will certainly be missed by all who knew him, across Essex and Parliament. I really can't believe this could happen to such a kind and considerate man."

"Sir David was a great servant of this borough and remained a friend to all in Basildon. He will be deeply missed." ~ Cllr Andrew Baggott, Leader of Basildon Borough Council

Cllr Andrew Baggott, Leader of Basildon Borough Council, described Sir David's death as "Simply awful. Sir David was a great servant of this borough and remained a friend to all in Basildon. He will be deeply missed.", while Cllr Kevin Bentley, Leader of Essex County Council, added: "He was a man who was never afraid to voice his views, passionate in his beliefs and straightforward in how he articulated them. He will be greatly missed in Essex and at Westminster.

"He was a man who was never afraid to voice his views, passionate in his beliefs and straightforward in how he articulated them." ~ Cllr Kevin Bentley, Leader of Essex County Council

David Anthony Andrew Amess was born on March 26th, 1952, in Plaistow - now part of the London Borough of Newham but then part of the County of Essex. His parents, James and Maud Amess, were both Roman Catholics and David was also brought up in that faith and was a devout Catholic his entire life. He attended St Anthony's Junior and Infant School and later St Bonaventure's Grammar School in Forest Gate before attending the Bournemouth College of Technology, where he earned a degree in Economics and Government.

Prior to entering politics, David was briefly a teacher at St John the Baptist Primary School in Bethnal Green before becoming an underwriter and later a recruitment consultant. He first stood for Parliament in 1979, standing in the safe Labour seat of Newham North-West, where he was beaten by the late Arthur Lewis. Undeterred, he was elected as a councillor in the London Borough of Redbridge in 1982. The following year, the incumbent MP for Basildon, Harvey Proctor, transferred to the newly recreated seat of Billericay and David was selected as the new candidate for the Basildon seat. He was subsequently elected to the House of Commons at the General Election of 1983 with a majority of 1,370. He would go on to serve as both the MP for Basildon and as a Redbridge councillor until 1986, when he stood down from Redbridge Council to concentrate on his parliamentary duties, being narrowly re-elected in Basildon in 1987, in no small part due to the significant personal following he had by then amassed in the constituency.

He was jubilantly re-elected in Basildon in 1992 (later the subject of a pamphlet entitled Against All Odds!), in a somewhat unexpected result that cemented Basildon's reputation as a 'bellweather' constituency. It was an early result in the 1992 General Election, which heralded John Major's ultimate election victory that year, despite confident predictions that the Conservatives would lose power. David was re-elected with a majority of 1,480. 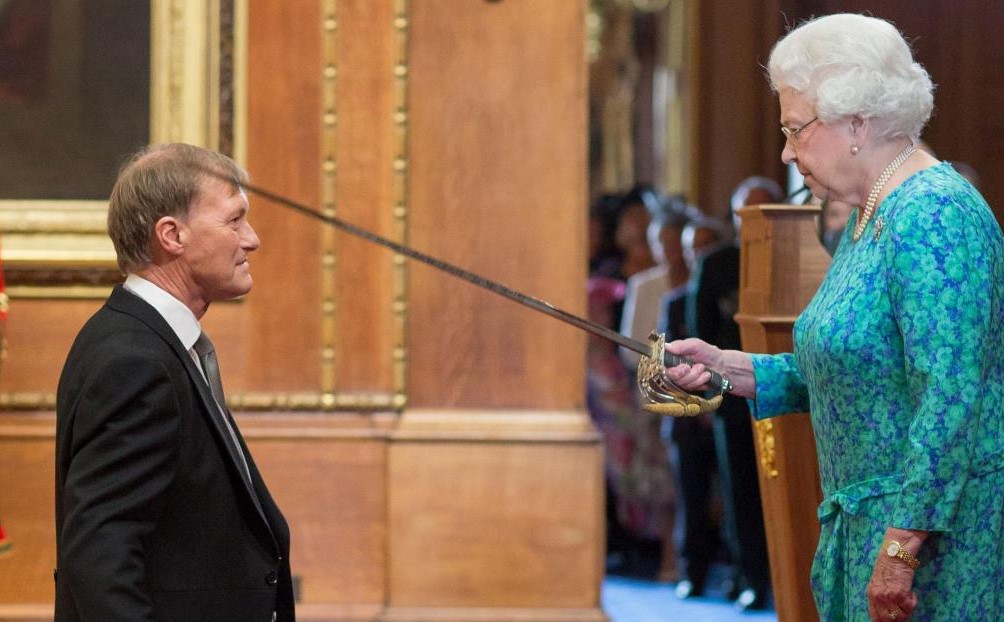 Sadly, in 1997 the Boundary Commission split the Basildon constituency in two and, much to David's disappointment, it became clear from the electoral arithmetic that the remaining Basildon constituency would almost certainly be gained by Labour. Consequently, he was selected as the candidate for Southend West, following the retirement of their long-serving MP, Paul Channon (later Lord Kelvedon). At the subsequent General Election of 1997, David was elected MP for Southend West with a majority of 2,615. He was subsequently re-elected there six times, most recently in 2019, when he was returned with a majority of 14,459 (nearly 60% of the popular vote). He was knighted by Her Majesty the Queen for his political and public service in the 2015 New Year Honours List (something which, as an ardent monarchist, must have given him great pleasure).

All told, Sir David Amess' life of public service as a Member of Parliament spanned nearly four decades. During the course of his parliamentary career, he was an initiator or sponsor of a number of significant parliamentary bills, most notably the Protection Against Cruel Tethering Act (1988) and the Warm Homes and Energy Conservation Act (2000), reflecting his long-held passions for the cause of animal welfare, the environment and combating fuel poverty. More recently, he successfully piloted the Driving Instructors (Registration) Act (2016) through Parliament. Sir David also served for almost a decade on the Commons Health Select Committee and campaigned vigorously on health issues, particularly on combating problems associated with obesity. He also previously served on the Administration Committee and the Backbench Business Committee and was also appointed by the Speaker of the House of Commons to the prestigious Panel of Chairs.

It would, frankly, take too long to list all the various causes Sir David championed during his long and colourful career. He was a man of high principle, often adhering to values that were unfashionable or out of step with his own party. He was a lifelong opponent of fox-hunting and hare-coursing. He often took a non-interventionist stance on foreign affairs, regretting his vote in favour of the Iraq War and subsequently voting against military action in Syria in 2013. He was in favour of capital punishment and opposed to abortion. He campaigned against puppy farming and live animal exports. He was, of course, staunchly Eurosceptic and a committed Brexiteer. Perhaps more than anything, in recent years, he became closely identified with his passionate lobbying for Southend-on-Sea to be granted 'city status'. But, ultimately, you could agree with Sir David or you could disagree with him but he was always hugely respectful of the views of others and was unfailingly kind, courteous and measured. Most of all, he was known as a tireless and hard-working constituency MP. To this day, 24 years after leaving Basildon, he is still remembered with great fondness and respect by the many people who he helped during his fourteen years as our local MP.

Our politics is all the worse for his passing and the violent manner in which he has killed leaves us all feeling numbed with disbelief.

The thoughts and prayers of all of us at Basildon Conservatives go out to his wife, Julia (Lady Amess), and to their five children and we ask that everyone respect their privacy at this terrible time.

Rest in Peace, David, and thank you. 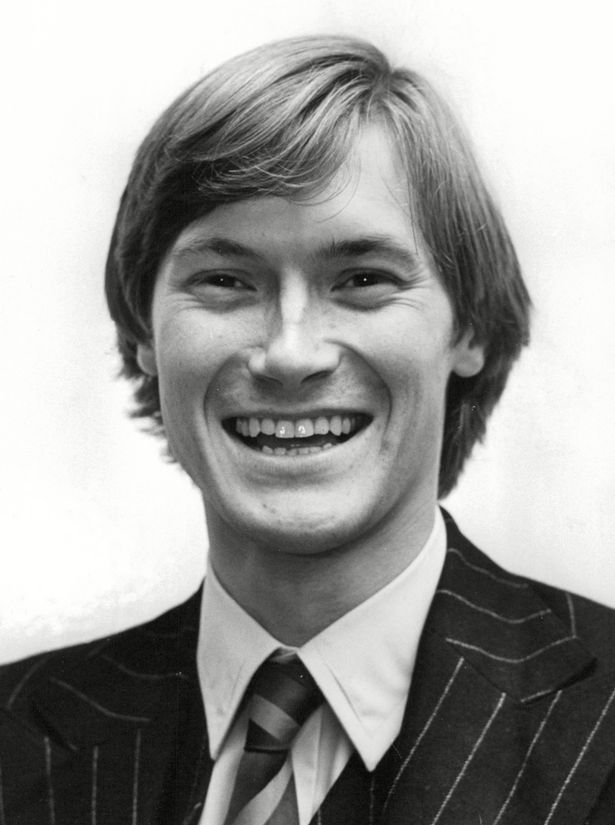