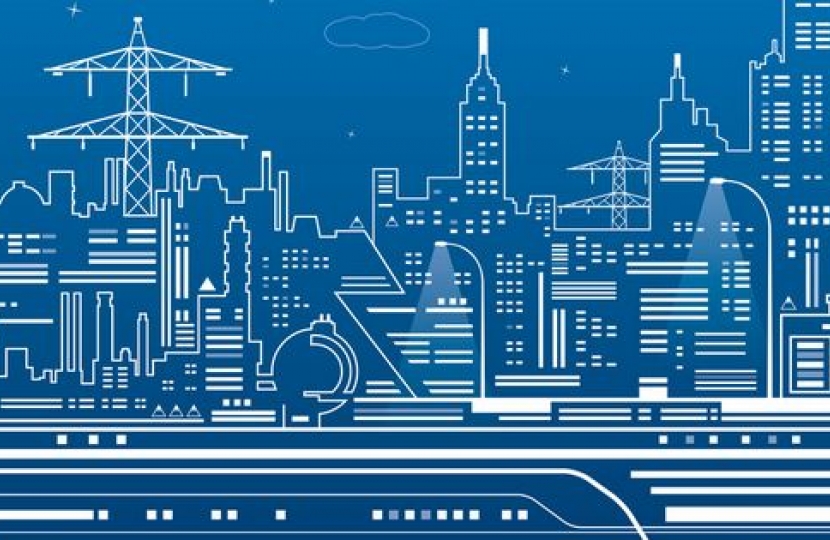 At last night's meeting of Full Council, the Labour-led Administration moved a motion that made a number of inaccurate statements about role of Essex County Council in delivering infrastructure improvements to our borough.

Firstly, the motion sought to apportion near-total responsibility for Section 106 agreements to the County Council. Section 106 agreements are financial agreements struck between local councils and developers during the planning process that are meant to fund infrastructure improvements to mitigate the impact of new developments, paying for schools, doctors, highways improvements and suchlike. Essex County Council is one party to these agreements but they are also signed jointly with Labour-run Basildon Council and both councils have a direct statutory duty for the delivery of relevant infrastructure mitigation.

Yet, curiously, despite the County Council's primary responsibility for highways, education and health, the Labour-led Administration at Basildon Council has recently taken the bizarre decision to essentially remove County from the process of negotiating these legal agreements in future - prompted by a narrow party political obsession with promoting their unitary ambitions for Basildon and advancing their agenda to break away politically from the rest of the County of Essex. But this pointless posturing will mean Basildon's own Planning Department will have to be far more ‘on the ball’ in identifying site-specific mitigation requirements for developments and they will, in any event, still need to liaise closely with the County in order to deliver them. It is an entirely self-defeating move.

Basildon Council will in future be wholly responsible for ensuring that the developer contributions that are negotiated are adequate to cover the cost of required infrastructure. If a recent application for a high-rise tower block in Basildon Town Centre is anything to go by then there is already serious cause for concern. The Section 106 agreement Basildon negotiated for education provision was £1.3 million less than Essex (the Local Education Authority) said was required to mitigate the development.

Labour and Independents also sought to imply in their motion that Essex County Council is somehow 'withholding' infrastructure money. This is categorically untrue. The fact is that Section 106 contributions often need to be ‘pooled’ in order to secure the required level of funding and, in fact, it is far from unheard of for County to forward-fund certain projects where necessary. Developers frequently suffer delays or drag their feed for various reasons, which can hold things up. This will be further exacerbated by this silly decision to cut the County out of the process.

The motion passed by Labour last night is deeply disingenuous and misleading. While it is certainly true that Essex County Council holds contributions over previous years, there are clear audit trails. It is by no means out of the ordinary and is part and parcel of how such projects are delivered. The 2019/20 Infrastructure Funding Statement is freely available for anyone who might like to read it.

For example, the motion made reference to a primary school, which we assume to be the one planned for Dry Street in Basildon (it was unclear). Contrary to the motion, that funding is not 'lost' and is ready for use to deliver the school when the housing development is completed and all the contributions have been received (probably around 2024). We are assured that the school already features within Essex’s capital programme of works. The list of inaccurate statements in the motion goes on.

On that basis, Conservative borough councillors were unable to support the motion. We are not afraid to act as a 'critical friend' in our dealings with County colleagues, even disagreeing with them publicly where necessary, but we were not willing to support something factually incorrect. In their insatiable drive towards their unitary ambitions, and almost manic need to run down Essex County Council – an award-winning local authority – this Labour-led Administration seems intent on cutting their nose off to spite their face. It is, in reality, quite rare for Essex County Council to return developer contributions but we fear this will become a more common occurrence if Labour continue to fail to negotiate sufficient contributions to cover the cost of infrastructure, as was recently the case with the Basildon Town Centre application. This is all to the detriment of the Borough and our residents.