Save Our Swings - Council plan to slash play areas 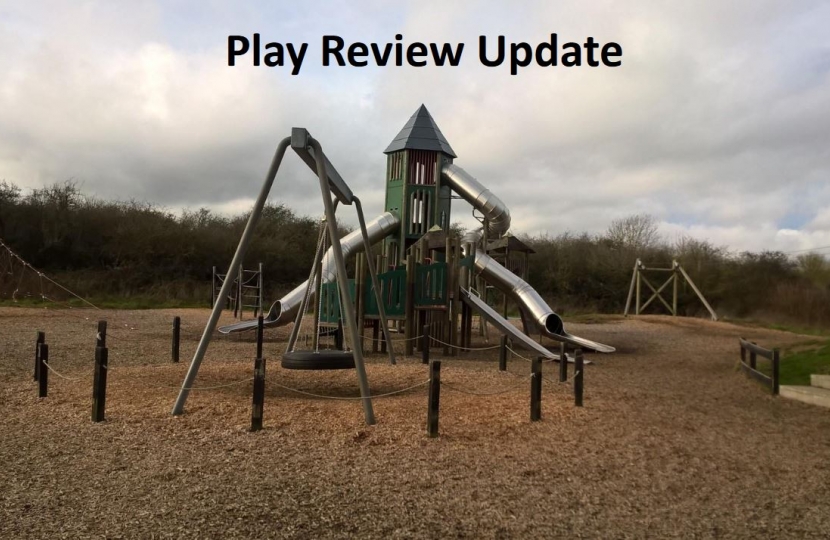 Consultation begins on closure of over 50 local play areas

Basildon Council has today (Wednesday 16 December) launched a public consultation on a ten-year programme around the future of play areas across the borough. While the strategy being proposed by the current Labour-led Administration includes investment in some of our larger facilities, it also entails the closure of more than 50 smaller local play areas.

Play areas are essential to the development of children and young people and we have seen this during the pandemic, more than ever, the crucial importance of having them nearby. The Council wants to prioritise quality over quantity but in our opinion ALL residents should have access to a network of good quality play areas. They cannot simply be sacrificed in a bid to save money.

Considering that Basildon Council is set to spend a small fortune on a 'Youth Zone' in Basildon Town Centre, it seems that the Labour-led Administration want to give to Basildon's teens by taking away from Basildon's toddlers! The Youth Zone will be a centralised hub that will do little for those living in other outlying parts of the borough. This is why we are opposed to the Youth Zone. Labour want to spend £8 million on it (with a £400,000 annual running cost) when these community play areas only need about £500,000 to be put right.

“We want to ensure that all the children in the borough have access to good quality play areas. ~ Cllr Malcolm Buckley, Spokesman for Neighbourhoods & Public Spaces

During our campaign to keep Fryerns and Vange libraries open, it was a Labour councillor who said that, for kids in those places, a central library in Basildon "might as well be on the Moon". We agreed with him! The same is true of the Youth Zone. With its Basildon Town Centre location, it will do little for young people - particularly those troubled and notoriously hard to reach, who are most in need of it - living in Laindon, Pitsea, Vange, not to mention Billericay or Wickford. So let us spend the money on those wonderful youth outreach programmes that are already out there, working in the coalface, and put these local play areas right so that they can once again serve their local communities.

We do not want to see these areas being decommissioned and grassed over, only to see them then fall under consideration for a block of flats at some point in the not-too-distant future, as seems to be the fate of so many small open spaces in the Borough.

To that end, Conservative ward councillors are looking closely at the play areas in their areas that are currently earmarked to be scrapped. We strongly encourage residents to respond to the Council's (admittedly loaded) consultation and, also, to lobby your local councillors if you feel a play area near you should be kept.

Cllr Malcolm Buckley, Basildon Conservatives Spokesman for Neighbourhoods & Public Spaces, said: “We want to ensure that all the children in the borough have access to good quality play areas. We know the vital contribution they make to health and development. We must ensure that there is not simply a drive to rob money from our communities to fund a single vanity project. Local residents must be properly consulted and investment must be spread fairly around the whole borough. It is also vital that, when investing in our play areas and open spaces, we ensure that they are accessible and inclusive for all our children and young people, including those with disabilities."

Play areas earmarked for closure are listed below by ward. If you are concerned about the closure of your local play area, please contact your local Conservative representative via email at info@basildonconservatives.com.

The roads affected are as follows: