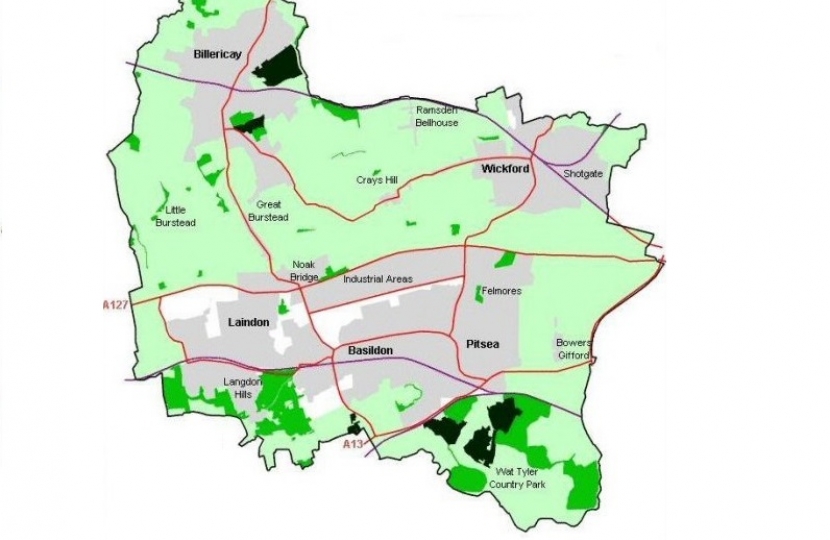 MPs write to Robert Jenrick at behest of Council Leader

Earlier this month, Cllr Andrew Baggott, Leader of Basildon Council, wrote to the three MPs for Basildon Borough - John Baron (MP for Basildon & Billericay), Stephen Metcalfe (MP for South Basildon & East Thurrock) and Mark Francois (MP for Rayleigh & Wickford) - urging them to write to the Secretary of State for Housing, Communities & Local Government, Robert Jenrick, to challenge the Borough's inflated housing targets (known as the Objectively Assessed Need, or OAN), and press for an 'Infrastructure First' approach to housing delivery.

Councillor Baggott has told the MPs in no uncertain terms that we regard the full OAN as simply not deliverable and question the methodology by which it was calculated. The Leader has also explained to the MPs that the plan of the outgoing Labour-led Administration, to make up the shortfall by cramming Basildon Town Centre with undersized high-rise flats, is not supported by local residents and is not a viable solution. 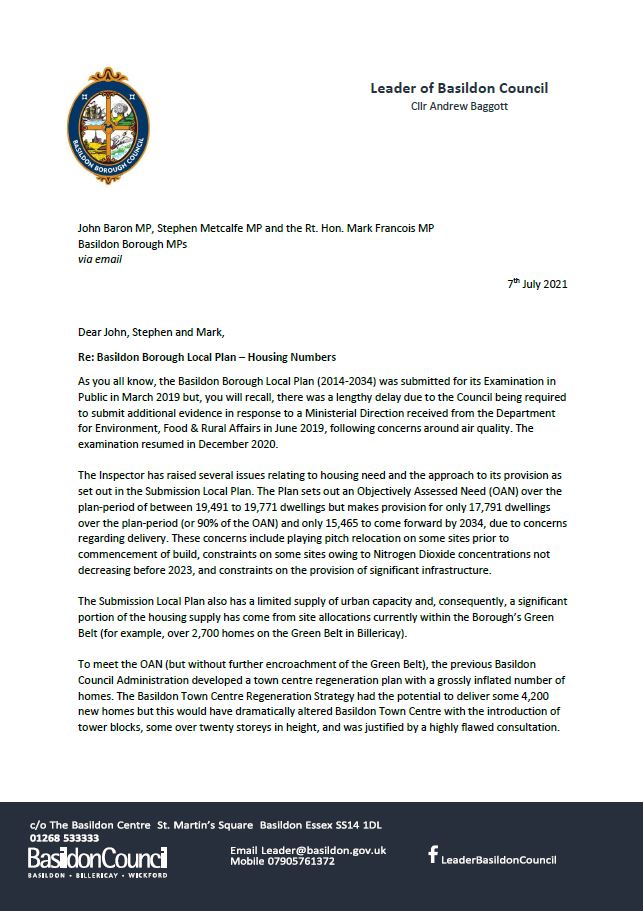 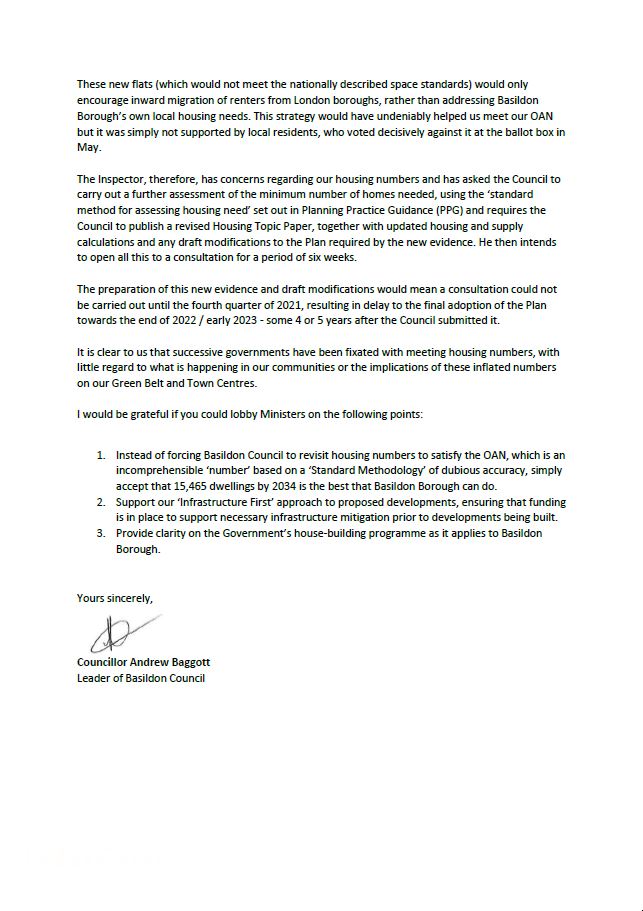 The MPs have responded positively to Councillor Baggott's letter and, a week later, all three signed a joint-letter to the Secretary of State outlining the concerns and supporting Councillor Baggott's stance, particularly on the flawed calculation of the OAN and the need to deliver infrastructure improvements up front. They also sought clarification on the Government's commitment to preserving the Green Belt. 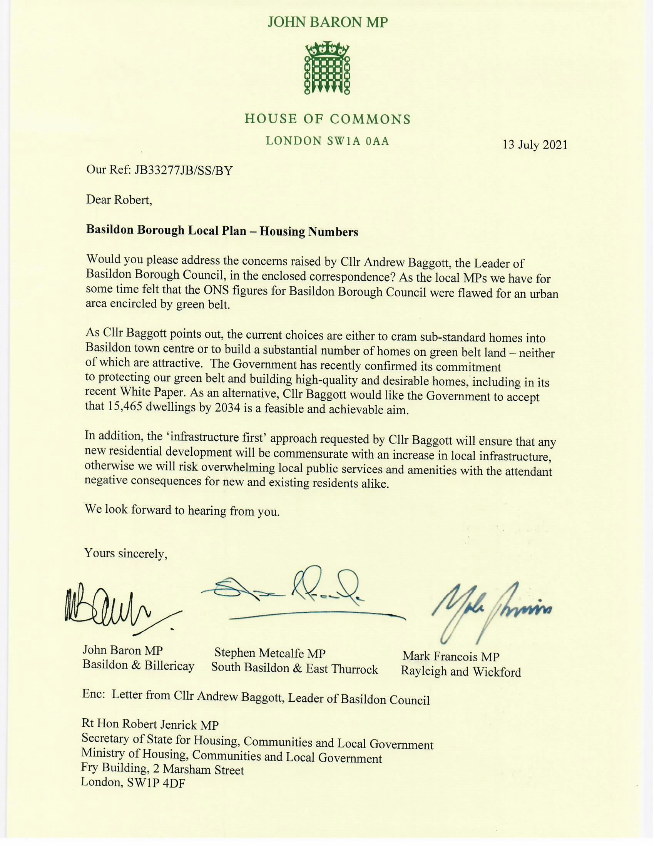 While we are all in the same party, Basildon Conservatives have never shied away from pushing back against our own government on matters where we disagree with Government policy, such as our robust response to the Planning White Paper. Not only did we sharply disagree with the Government on a number of key areas of the Government's thinking on planning reform, we were the only political group in Basildon to publish our response for all to see. We are committed to speaking truth to power and being transparent in all we do.