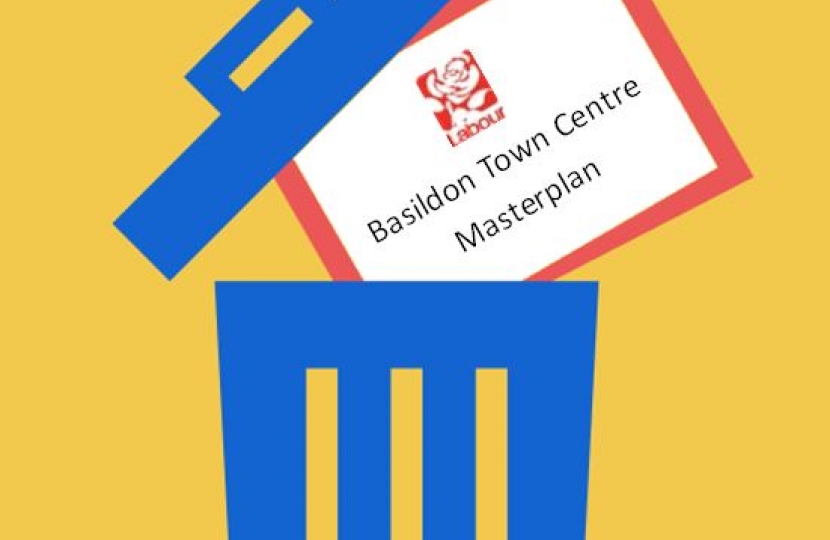 The new incoming Conservative leadership of Basildon Borough Council have confirmed it remains their intention to launch a fresh and thorough consultation with local residents on the long-term future of Basildon Town Centre. This following the clear and decisive rejection of Labour and Independent's plans at the recent local elections, which saw key proponents of the Disaster Plan lose their seats. Most notably, this included the sitting Labour Mayor, David Burton-Sampson, who was also a councillor for St Martin's Ward, in which the Town Centre is located.

"We have a number of ideas that we would like to discuss with residents and get feedback on, but a new consultation will come first." ~ Cllr Andrew Baggott, Leader of Basildon Conservatives

Leading councillors in the new Administration had productive meetings with senior officers at The Basildon Centre last week to discuss parameters for a thorough public consultation with residents on their hopes and aspirations for the future of Basildon Town Centre.

Leader of Basildon Conservatives, Cllr Andrew Baggott, said: "We remain committed to getting rid of Labour's high-rise proposals, which were rejected so definitively by the electorate. We have a number of ideas that we would like to discuss with residents and get feedback on, but a new consultation will come first. The last Administration thought they knew best and that they could get away with ignoring residents. They were sorely mistaken. We, on the other hand, will listen to the public and it is their views that will inform everything we do.

Cllr Anthony Hedley, Conservatives Spokesman for Regeneration, confirmed that preparations were already underway ahead of the Conservatives formally taking administration at the Annual Meeting on May 27th. He said: "Councillor Baggott and I have held productive meetings with officers over recent days and we have made it clear that a new consultation on the Town Centre is our top priority. We have outlined our requirements in terms of its scope and the sense of urgency with which we want it started."

Cllr Davida Ademuyiwa, the newly-elected Conservative councillor for St Martin's, said: "I warmly welcome this Administration's renewed commitment to fully engaging with residents in a proper consultation. I look forward to engaging with my new constituents to discuss with them ways in which we can fully unlock the potential of our town centre in a way that serves this community and its surroundings, with a better balance of retail, homes and employment opportunities, as well as opportunities for local small and micro businesses in our town."

Full details of the consultation will be announced shortly.