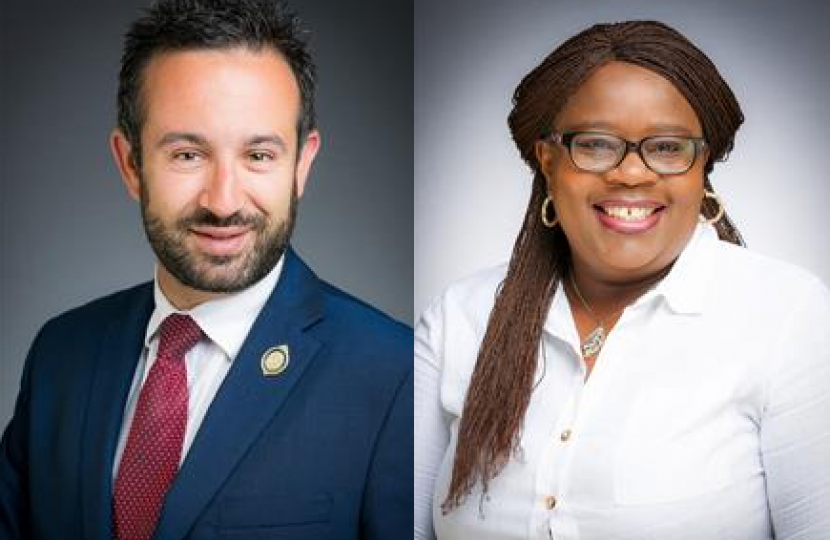 The former Mayor of Basildon, Cllr David Dadds JP (Con, Billericay East), has formally transferred the Chain of Office to his deputy, Cllr Luke Mackenzie (Con, Pitsea South-East), who now succeeds him as First Citizen of the Borough following his election by the Full Council at the Annual Meeting held on Thursday. Mayor Dadds received the thanks of councillors for his sterling service over the past municipal year and was invested with a commemorative medal by Mayor Mackenzie. 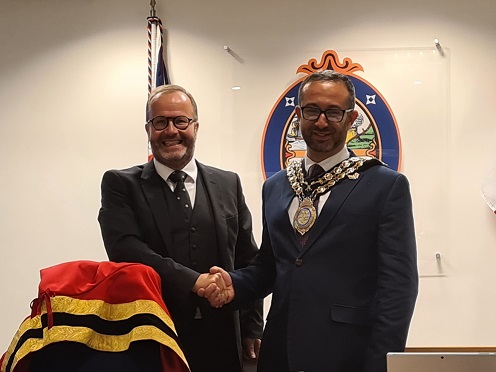 Mayor Mackenzie will serve in the role for the 2022-23 municipal year. He said: "I would like to thank the outgoing Mayor, David Dadds. I grew up in Basildon. I went to school here. I've lived here all my life. My history is very much the same story as many people in Basildon. My family moved here after the war from North London. Basildon is still called a 'New Town' but it's very much reached its maturity. It now has its own culture and history. I've had the opportunity to see a lot of what is going on here, as Deputy Mayor and I look forward to seeing what more Basildon has to offer during my term as Mayor and meet new people and hear their stories. It is now my duty to represent all of the Borough, to be an ambassador and sing the praises of Basildon, Billericay, Laindon, Pitsea and Wickford and show that Basildon is a place to do business, to come and live, to come and work, to raise a family. I hope to do you all proud."

Meanwhile, Cllr Yetunde Adeshile (Con, Vange), who was elected to Basildon Council in 2021, was appointed Deputy Mayor. Councillor Adeshile said afterwards "It's a real honour to be proposed and adopted as the first British-Nigerian woman Deputy Mayor of Basildon, especially in the Platinum Jubilee year of Her Majesty the Queen". She will be supporting the Mayor during the course of the municipal year.

"I've had the opportunity to see a lot of what is going on here, as Deputy Mayor and I look forward to seeing what more Basildon has to offer during my term as Mayor and meet new people and hear their stories." ~ Cllr Luke Mackenzie, Mayor of Basildon

The Mayor will announcing his mayoral charities in due course. 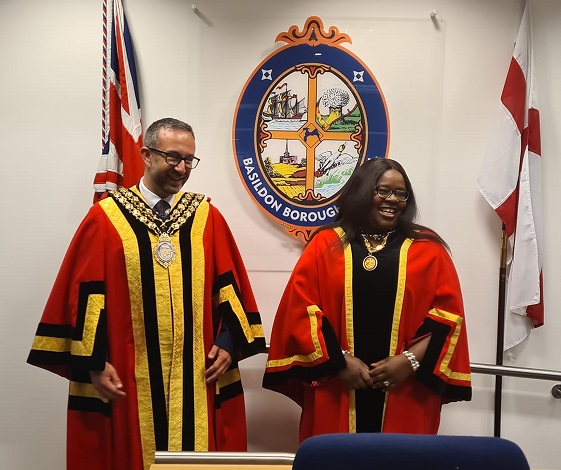 The Mayor and Deputy Mayor