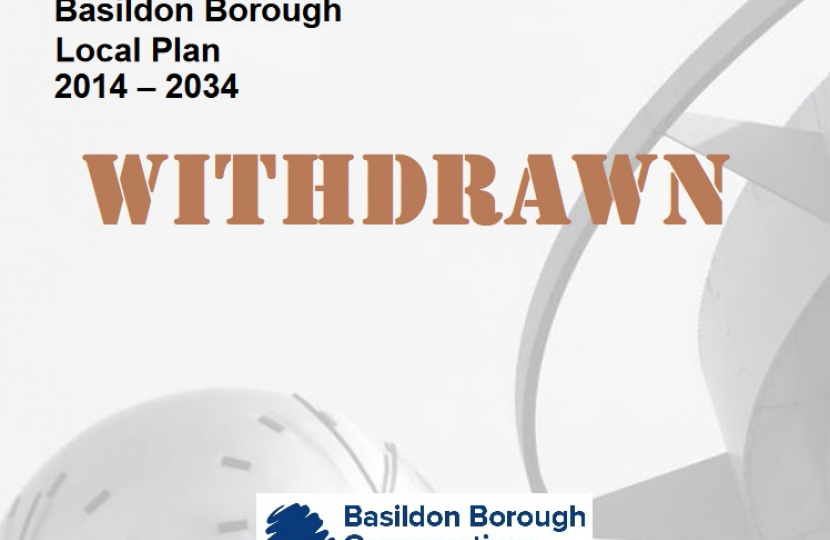 Basildon Conservatives have affirmed their decision to withdraw the Local Plan

Labour and Independents vote against

At a meeting held on February 10th, Basildon Conservatives moved a motion to formally withdraw the Basildon Borough Submission Local Plan. Following a testy debate, the Labour Group walked out of the meeting and the remaining Conservatives voted in favour of withdrawing the Local Plan. The Independent Group voted against.

Following this meeting, councillors were asked by the Council's Monitoring Officer to consider additional information and affirm this decision at an Extraordinary Meeting, which was held last night. At last night's meeting, a full report was presented by Cllr Dr Richard Moore, Chairman of the Strategic Planning & Infrastructure Committee.

This has enabled the Council to confirm its resolution to withdraw the Local Plan, including a full risk analysis and financial implications and puts the Council is a strong position to defend any potential challenges to the decision taken by councillors and ensure that it is robust and complies with relevant legislation.

During the course of the ensuing debate, Basildon Conservatives outlined their ongoing objections to the Submission Local Plan and our belief that now is a timely juncture at which to pause the Local Plan and embark upon a fundamental rethink. Basildon Conservatives have been challenging the inflated housing numbers being imposed upon us by Central Government, with the backing of our local MPs. As Councillor Moore outlined in his speech, we have been repeated assured by the Housing Minister that the Objectively Assessed Need (OAN) is not a target and that it is only the starting point in planning new homes, to be used as a guide by local councils. Councils decide their own housing target, taking into account local circumstances and constraints. 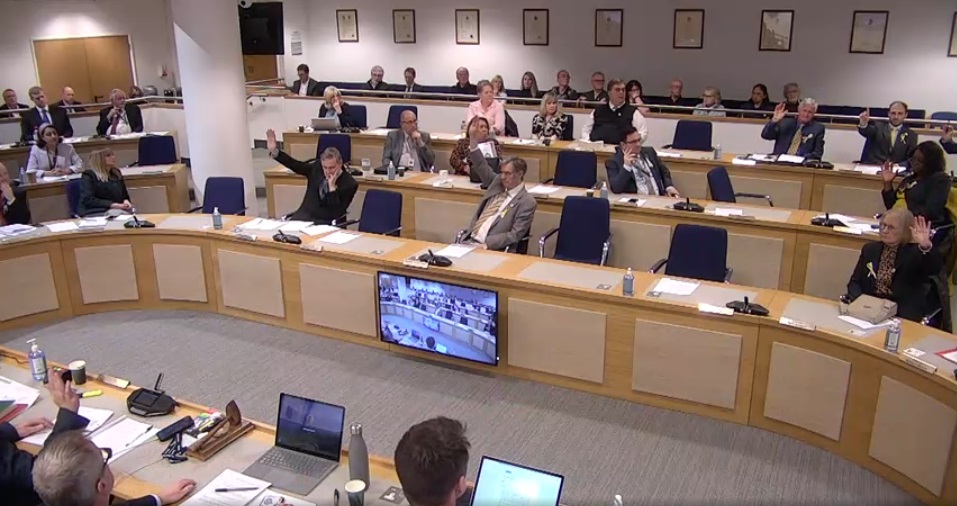 Basildon Conservatives believe that we need to reconsider our approach both to the release of Green Belt and the previous Labour-led Administration's plans to intensify high rise, high density development in Basildon Town Centre. We believe this change in priority is reflected in the change in administration at Basildon, where the current Conservative Administration places far greater emphasis on protecting Green Belt and resisting over-development than the previous Labour/Independent Administration, and changes being signaled by Central Government. Indeed, at a recent meeting of the District Councils Network, the Secretary of State for Levelling Up, Housing & Communities, the Rt Hon Michael Gove MP, made it clear that there could be extenuating circumstances for not meeting the full OAN, including Green Belt constraints. The recent Levelling Up White Paper also emphasised protecting the Green Belt.

Following the vote, Cllr Andrew Baggott, Leader of Basildon Council, said: "Last night's decision provides us with an opportunity to set a new standard for Basildon Borough. We have a lot to reflect on in the coming weeks and a great deal of information to unpack and review. I know we are up to the challenge and I know we will come to a conclusion which paves the way for a bright and prosperous future for our borough."

The details of the vote to withdraw the Local Plan were as follows:

Absent for the vote