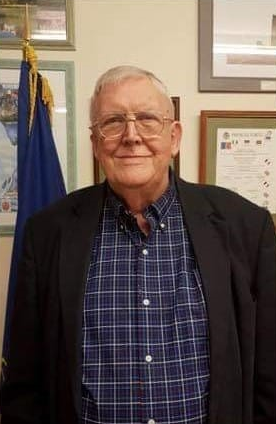 Basildon Borough Conservatives are deeply saddened to report the passing of our old friend and colleague, Frank Tomlin, at the age of 88.

Frank was a much-loved and respected public servant for over half a century. For many of us, he felt like part of the furniture. He was a highly regarded Conservative Party activist and a long-serving Basildon councillor. He sat on Basildon District (later Borough) Council, on and off, for around 20 years. From 1982 to 1995 he sat for Billericay West, serving as Chairman of the Council twice, in 1988/9 and 1994/5. After a 9-year hiatus, Frank made a comeback and served two further terms as a councillor representing Laindon Park from 2004 to 2012, including a third stint as Chairman in 2008/9. At the time he left the Council in 2012, he has just turned 80 and was still serving as Cabinet Member for Housing under then Leader of the Council, Tony Ball. Following his departure from Basildon Council, even though by then well into his 80s, Frank put himself forward to be co-opted onto Billericay Town Council. Cllr Jim Devlin, Chairman of Billericay Town Council, said, "Frank worked tirelessly for the community for over 50 years in public service. He brought a wealth of experience and was always there to offer advice".

"He was a true gent and will be missed." ~ John Baron, MP for Basildon & Billericay

Frank was also a hard-working and dependable officer of the local Conservative Association over many years, including serving as Association Chairman and was still Treasurer of Billericay West Branch, only retiring from that role last year. John Baron, MP for Basildon and Billericay, said, "I am very sad indeed to learn of the death of Frank Tomlin. Frank was Association Chairman when I was selected in 2000 and was my agent at my first election. He was a true gent and will be missed." Meanwhile, the current Association Chairman, Cllr Andrew Schrader, said "This is a tremendous loss. Frank was a great servant of the Party and of the community he adored, as well as a good friend to me personally. He was very much a 'Grandee' of the constituency party and somebody to whom I would frequently turn for advice. He was a treasured trove of sage-like wisdom and experience and his loss is a great blow to all of us."

"His loss will be sorely felt by all who knew him and by the community he served with such dedication and love." ~ Cllr Andrew Baggott, Basildon Borough Council

Vic York, former Leader of Basildon Council (1994-5) described Frank as "invaluable", while Tony Ball (Leader 2004-14) called him, "rock solid". Frank was one of the few people to have spanned a generation, having also served in Cabinet under Tony's father, the late Anthony Ball Snr, when he was Leader of the Council in 1982. Cllr Ball, now an Essex county councillor, went on to say, "Frank was an extremely popular Cabinet Member for Housing and he carried out his responsibilities with compassion and common sense." Current Conservative Group Leader, Cllr Andrew Baggott, said "Frank was a great councillor and a tireless ambassador for the Borough. His loss will be sorely felt by all who knew him and by the community he served with such dedication and love."

"He carried out his responsibilities with compassion and common sense." ~ Cllr Tony Ball, Essex County Council

The thoughts and prayers of all of us at Basildon Borough Conservatives go out to Frank's widow, Stella, and the rest of Frank's family and many friends.

Have your say on Labour's Town Centre Disaster Plan

Do you worry about Basildon's high-rise future? Basildon Council is consulting on their Town Centre 'Master Plan'

A public consultation into the future of Basildon Town Centre has been launched by Basildon Council and will be open for the next six weeks to let residents have their say.