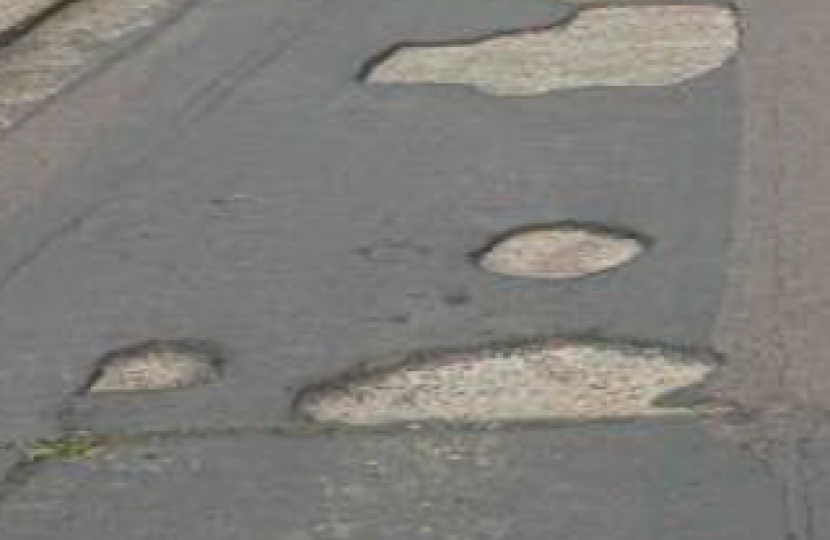 Hot on the heels of last year’s hugely successful ‘member-led’ pothole repair initiative comes another chance for county councillors to put forward their priority repairs after a major cash investment by the Essex County Council Cabinet.

The new programme follows two previous schemes, in 2018 and 2019, which saw hundreds of extra road and pavement problems fixed in addition to repairs completed routinely because of their immediate risk to safety.

Each county councillor will be using their local knowledge and working with their local parishes and districts to nominate a list of locally important pothole locations to Essex Highways for repair. The road defects submitted will then be fixed permanently as soon as possible, using extra investment provided by Essex County Council.

"These locally-led initiatives have proved very effective in the past. Up to ten potholes a day could be fixed under the scheme and I invite local residents and road users to contact their local county councillor with the potholes they find most problematic. ~ Cllr Anthony Hedley

Each councillor will be able use a repair crew in their area for up to 10 days, working to the list they will provide. Their work will be focused on some of the most locally irritating potholes, which may not normally be considered for immediate repair under existing maintenance policies.

Cllr Kevin Bentley, Deputy Leader of Essex County Council and Cabinet Member for Infrastructure, said: “We have proved these Member-led exercises work very well to fix extra potholes locally. I want to make sure that the money we’re putting in to these additional repairs is used to maximum effect in each area. We want to repair the potholes that really frustrate people locally as well as the ones our careful safety- and asset led policies mandate. We won’t be able to fix everything, but we will consider requests that our resources can deal with.

“That’s why I am asking all Essex County Councillors to consult quickly as possible, with their local councils, organisations or residents and then let us have their list of local priority potholes. We’ll fix them permanently with extra crews, further improving our road network and helping everyone who uses it.”

Cllr Anthony Hedley, Deputy Leader of Basildon Conservatives and an Essex county councillor himself, said: "These locally-led initiatives have proved very effective in the past. Up to ten potholes a day could be fixed under the scheme and I invite local residents and road users to contact their local county councillor with the potholes they find most problematic. My thanks to Councillor Bentley and his hardworking team at Essex Highways, who have been fixing thousands of potholes up and down the county throughout the pandemic crisis."

If you are unsure who your Essex county councillor is, you can check using your postcode here.