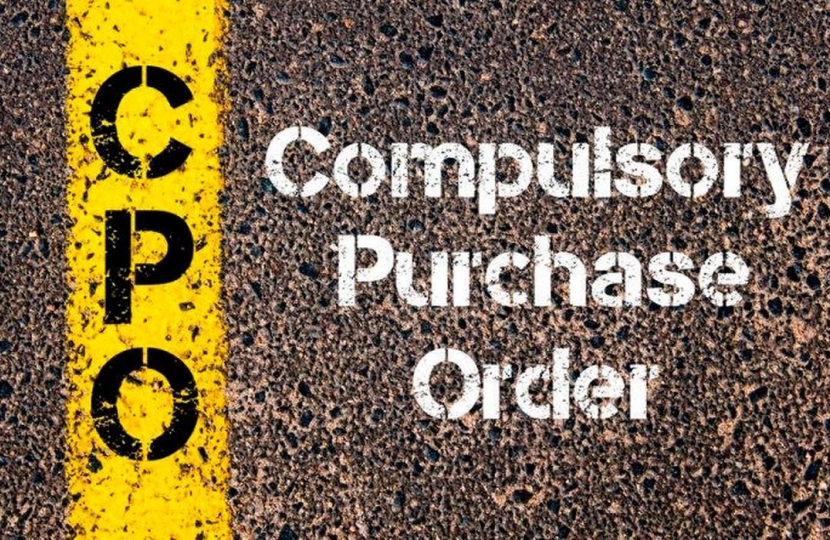 Labour and Independents force through sweeping powers to buy up land for development.

At Tuesday night's Town Centre Revival Committee, Labour and Independents forced through sweeping powers to use Compulsory Purchase Orders (CPOs) to acquire land in the Borough deemed suitable for development. This measure was opposed by Conservative councillors and passed by the Leader of the Council, using his casting vote as chairman of the committee.

Whilst the Council has always had CPO powers, these are normally only ever used in extreme circumstances.

This decision gives Basildon Council carte blanche to enter into an agreement with a developer and/or venture capitalist to purchase any land or property they wish to see developed. The Council will require the developer to fund the purchase of sites identified and will exercise its CPO powers where the developer has been unable to secure the site on the open market.

It is clear that this method of site acquisition will apply to all land and property across the Borough. Cllr David Harrison, Leader of the Wickford Independents and a partner in the Labour-led alliance, insisted that such powers would be needed to unlock sites in Wickford where current landowners were unwilling to improve their property.

The threat of CPOs may well unlock sites in the town centres - but is this any way for a responsible Council to act?

"The Labour-led alliance running Basildon has become the developers' best friend and is now set to become their enforcer and estate agent as well."

Conservative councillors have long had reservations about the way in which the Administration has used a flawed consultation to justify their plans for Basildon Town Centre. We know that at least three applications for high-rise, high density flats will be brought forward by March 2021. These draconian new CPO powers will, we fear, bring forward even larger schemes that will change the face of Basildon forever and not for the better.

The Labour-led alliance running Basildon has become the developers' best friend and is now set to become their enforcer and estate agent as well. If elections take place next May, the public will have a chance to give their verdict on the way Basildon is being destroyed to satisfy the Labour Leader's vanity instead of serving the best interests of residents.

Cllr Andrew Baggott, Leader of Basildon Conservatives, said: "A Conservative Administration would rescind this decision at the first opportunity. We will halt the Town Centre plans, re-consult and re-imagine it, as we do not agree with abusing CPO powers to support speculative development. Our focus, as always, is to support residents in the Borough, not developers, PR consultants, or joint-venture companies."