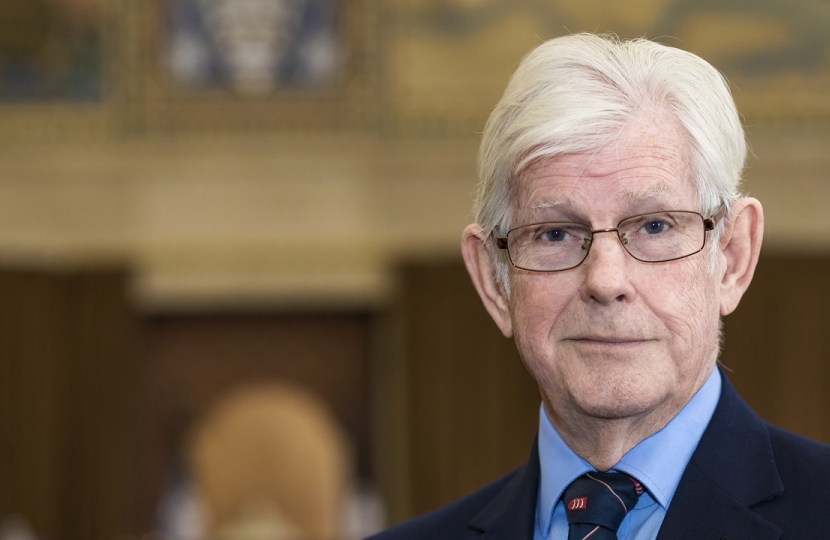 The Leader of Essex County Council, Cllr David Finch, has announced he will not be seeking re-election to the authority at May’s elections.

Cllr David Finch has been a member of Essex County Council for nearly 20 years, since being first elected in the Hedingham Division in 2001, and has led the Conservative Group and the Council for the past eight years. Prior to becoming Leader, Councillor Finch was Cabinet Member for Finance & Property (2003-8), Cabinet Member for Adult Social Care (2008-10) and then Deputy Leader (2010-13).

The Leader announced his retirement at yesterday's Budget meeting, during which Councillor Finch announced that, along with a raft of investments in services, Essex Conservatives had achieved sufficient efficiency savings to be able to freeze the county precept of the Council Tax for the sixth time in ten years. He said, “I have been proud to serve as a member of Essex County Council since the very first day I was elected almost 20 years ago in June 2001, and even prouder to lead this great authority for the past eight years. I will leave with an immense sense of pride in what we have achieved in my time as Leader and as a Cabinet Member. On the day we have set the Council’s budget in the most challenging circumstances experienced in Essex County Council’s long and proud history, we have frozen council tax again. This year, Essex will have the lowest upper-tier council tax increase in the region, and one of the lowest nationally. In fact, in six of the last 10 years, we have not asked our residents to pay a penny extra for their services."

He continued, “We have improved our children’s services beyond recognition, and have been twice rated in the top 10 most productive councils in the country. As we move toward the post-Covid era, we do so with an Environmental Commission ensuring that our future will be low-carbon and sustainable, and a soon-to-be-established Education Recovery Task force, so that we can work to ensure that Essex children will not be disadvantaged in their learning in any way."

Cllr Anthony Hedley, Acting Leader of Basildon Conservatives and also an Essex county councillor, said: “It has been a real privilege to work with David over the years and he has led our Conservative Group, and the whole county, with real distinction. We will very much miss his experience and sound judgement. He has always been a firm friend to Basildon Borough and has steered the County through many challenges. His passion, enthusiasm and commitment to serving the people of Essex has never wavered and, on behalf of Basildon Conservatives, I wish him well in his retirement and thank him for his public service."