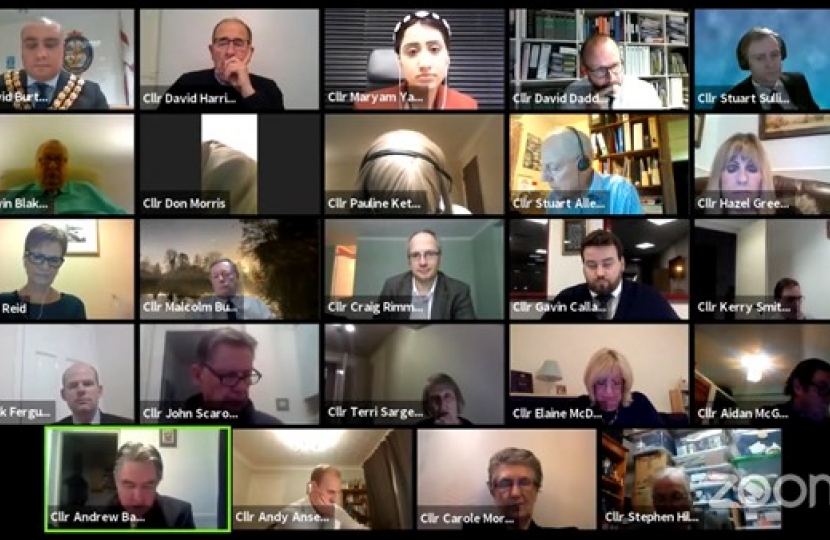 Tonight, the Conservative Group called an Emergency General Meeting of Basildon Council in order to give the current Administration an opportunity to volunteer their plans for Basildon Town Centre up for proper scrutiny by a cross-party committee and to consult the public properly and reassure them of the integrity and probity of all decisions taken up this to point.

The Administration's plans entail big changes for Basildon, turning the Town Centre into a building site for a generation, huge financial exposure to the taxpayer, and the prospect of high density housing in immense high-rise tower blocks. This demands the greatest level of engagement with the public but, so far, has only been subjected to a sham consultation carried out online at the height of a global pandemic. The residents of Basildon deserve better.

"Who, if everything is fine, would object to reasonable scrutiny?" ~ Cllr Andrew Baggott

To our shock and disappointment, Labour and their 'Independent' backers not only amended the motion to remove all reference to any scrutiny committee, they even voted down an attempt to secure a future debate at Full Council.

The Conservative Group have deep concerns, following many complaints raised by members of the public. Cllr Andrew Baggott, Leader of Basildon Conservatives, in moving the motion said: "Who, if everything is fine, would object to reasonable scrutiny?"

By moving their wrecking amendment and blocking scrutiny of their plans, this Labour-led administration, with no democratic mandate, shamefully kicked transparency and openness to one side. This is an Administration nobody voted for, that treats the public with contempt.

You can watch a recording of the meeting here.