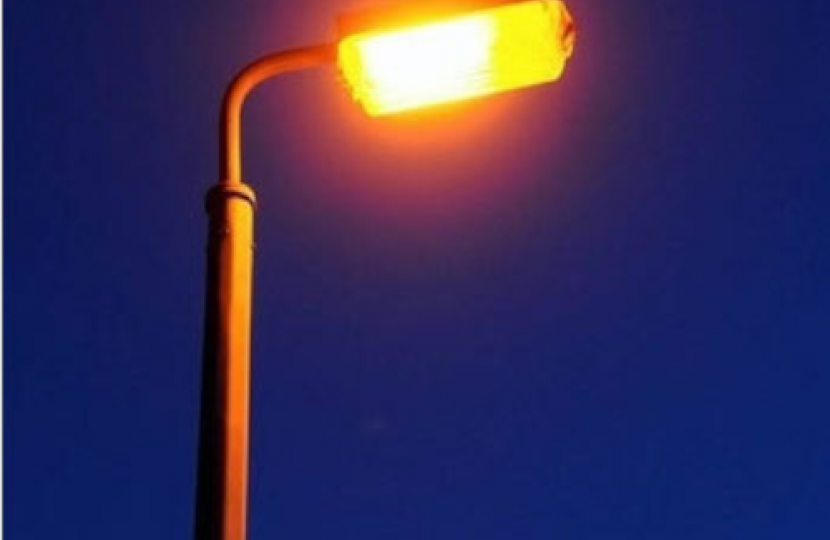 Tonight, Basildon Borough Conservatives backed a scheme to switch the Borough’s streetlights back on throughout the night. Essex County Council introduced part-night lighting in 2014, a decision we criticised at the time. Working with County colleagues, we have always been keen to find a way to restore all-night lighting.

Initially, the lights were first turned off between the hours of midnight and 5am. Basildon Conservatives made the case and this was later altered to 1am. We also obtained concessions for certain estates in the Borough, where we argued there was an urgent need to keep the lights on. But the lights being off has been a constant irritant and something residents have complained about consistently in the five years since.

At Basildon Council's Policy and Resources Committee meeting this evening, councillors agreed to enter into an agreement with Essex County Council to restore all-night lighting and pay £146,000 to cover the cost of the additional lighting from 31st October. Going forward, further funding is to be agreed to sustain full-night lighting to March 2020.

The full-year cost for the borough is currently £275,000 a year but this cost should come down by as much as 40% once the Borough’s lights are upgraded to more cost-effective and efficient LED lights – work that is scheduled to done by Essex County Council in 2020/21.

We recognise the importance of this issue to our residents and, so as long as the scheme can be financed in the long-term, working with County colleagues, we will continue to support this on an ongoing basis.

Cllr Kevin Blake (Con, Burstead), Deputy Leader of the Conservative Group, said: “This is a common sense step to improve community safety. As councillors, we talk to residents regularly whose number one concern is feeling safer in their own neighbourhoods and they want these lights back on. Plenty of residents work shifts and need to be out and about between 1am and 5am and they deserve the protection that street lighting can help provide.”

This is not unqualified support. Tonight's decision was to turn lights on this year, paid for from reserves. This will need to be paid from revenue in the long term and Conservatives will want to see how this will be financed. But we are committed to working with Essex County Council to ensure this can be done sustainably for taxpayers.